Tirunelveli, lovingly called as ‘Nellai’ by the Tamil speaking population living all over the globe is a booming territorial dominion with an emerging urban population. It has to be expressed that the local population of Tirunelveli is going through a transformational phase. The local population, which dedicates utmost importance to culture and tradition, has started to seem more forward-looking and outgoing yet celebrating the traditional aspect intact. 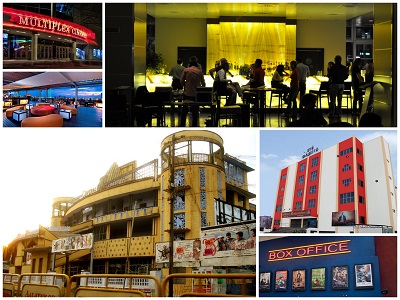 Being a district located in the cinema-loving state of Tamil Nadu, there is no wonder that Tirunelveli is the home of a lot of popular cinema halls who primarily screen Kollywood (Tamil) movies. In fact, most of the cinema halls in the district puts a celebration face whenever the movies of top Kollywood stars releases.

There is no doubt that the urban centre of Tirunelveli is a place worth visiting for people who love fun and entertainment, but the region wears off a whole new look when it is about the nightlife. Tirunelveli is prosaically conventional in terms of nightlife options as the city closes its entertainment picks generally by 10:30 or 11:00 at night.

Comments / Discussion Board - Entertainment in Tirunelveli