Tirunelveli, one of the historical territorial dominions of Tamil Nadu is a flourishing urban centre that preserves its culture and tradition intact. Located on the banks of the illustrious the Thamirabarani River, Tirunelveli is fondly called as Nellai by Tamil speaking population living all over the world. Tirunelveli is a renowned tourist destination that is frequented by thousands of visitors from throughout the country, irrespective of times of year. 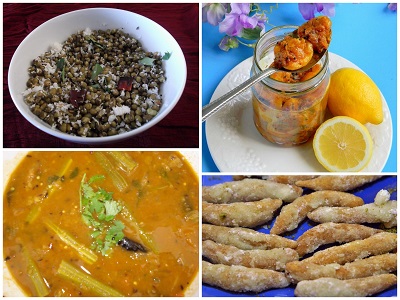 Besides, the name Tirunelveli reminds of alvaa (Tirunelveli version of dense and sweet confection of Halva). Commonly referred as Nellai alvaa, Tirunelveli wheat halva is far-famed all over the world for its unique texture, taste and aroma. The region is famous for a wide variety of regional dishes as well. Let's get to know more about the food options and cuisine of Tirunelveli in detail.

Tirunelveli cuisine is typically a South Indian cuisine with rice, making the most common part of the day to day diet. Tirunelveli has a plentiful culinary art, including regional recipes, traditional vegetarian dishes and non-vegetarian items. Tirunelveli cuisine is regarded as one of the most aromatic cuisine of Tamil Nadu as the distinguishable aroma and taste is attained by mixing various spices and seasoners that include ginger, garlic, peppercorns, mustard seeds, curry leaves, coriander leaves, coriander seeds, green chili, nutmeg, coconut and so on. 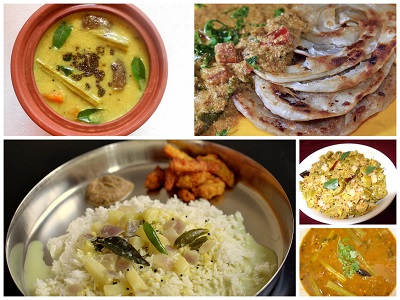 A typical lunch meal of Tirunelveli comprises of boiled rice, sambar, rasam, buttermilk, curd, vatha kozhmabu, kootu, poriyal, varuval, aviyal, appalam, pickle and so on. Some of the most popular and common breakfast and dinner dishes of Tirunelveli include idly, variety of dosas, vadai, pongal, poori, kesari, idiyappam, uthappam, rava upma, rava kichadi, adai, semiya upma and so on.

The Tale of Celebrated Tirunelveli Halwa

Tirunelveli reminds of Halwa to many as the region is famous for its specialty Halwa recipe sold across all the sweet stalls dotted across the length and breadth of the city. Tirunelveli Halwa is the outcome of a zealous culinary conception and has become the visiting card for the residents of this historic city. At first, house was introduced to Tirunelveli by rajputraa masses from Rajasthan who were employed by Jamindhars at Chokampatti, a small village of Tirunelveli. 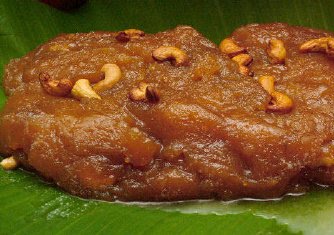 Those rajputraa people made the pleasant-tasting halwa and served the Jamindhar of Chokampatti village. It was during the year 1882; Tirunelveli witnessed its first halwa shop opened. Tirunelveli halwa is all about - aureate brown color, impenetrable texture, divine aroma and rich taste. As a matter of fact, the residents of Tirunelveli would not spend a day without relishing this famed halwa!


Some of the most popular Sweet Shops in Tirunelveli include: