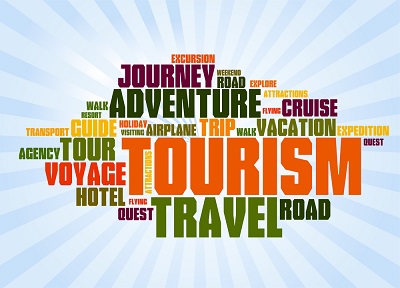 Apart from being one of the most happening territorial dominions in the state, Tirunelveli is noted for its singular geographic features. That is to say, Tirunelveli is the only region in the state to boasts all the five types of geographical characteristics (Sangam landscape) according to the classical Tamil Sangam literature. The region features moutanious regions (kurinji), forests (mullai), seashore (neidhal), desert domains (paalai) and productive fertile lands (marudham). Tirunelveli possesses a rich ethnical and architectural heritage which is apparent from the assorted religious sites that are located in the district.

Tourism in the district of Tirunelveli has transformed into a major revenue rendering sector. As a matter of fact, the economical importance of touristry in terms of revenue, employment, forex net income is a principal thrust to lay tourism befittingly in overall development of the region. Tirunelveli is the home of a wide range of tourist attractions which include historic temples, waterfalls, sanctuaries, manimandapams, dams, mosques, churches and so on. Let's get to know more about the tourism options in Tirunelveli along with useful information for travelers.

Tirunelveli is considered as one of the oldest territories in the state as the territorial dominion has a deep historical setting which dates back to over 2000 years. The district is popularly distinguished for its never-ending list of religious sites like temples, mosques and churches that draws tourists from all over the world, irrespective of the seasons. 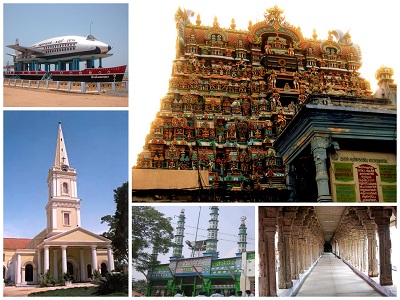 Resting along the banks of the renowned Tamiraparani River, Tirunelveli was a former home base of the Pandyas (an ancient Tamil dynasty). Nearly all the temples in the district have some kind of acknowledgments to the Pandyas. The celebrated Arulmigu Nellaiappar Arultharum Kanthimathi Amman Temple in the district was built during 700 AD is regarded as one of the largest temple complexes in the country. Not only this, Tirunelveli is the home of a lot of other religious sites which majestically stands even today as a proof for the rich history of this region.

The name Tirunelveli brings Courtallam waterfalls (also known as Kutralam aruvi in the local language) in minds of the Tamil speaking population living all over the world. 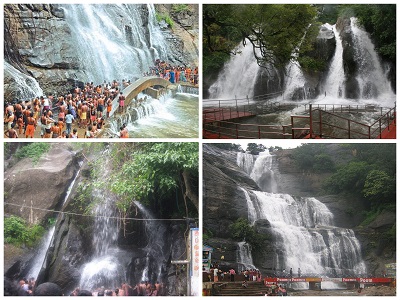 Courtallam waterfalls, popularly regarded as the Spa of South India is located at an average natural elevation of 520 ft on the Western Ghats in Tiunelveli district. Courtallam is something special in its own way that it has nine different waterfalls and they are

Some of the other important waterfalls in Tirunelveli district include Agasthiyar falls and Manimuthar Waterfalls.


Dams and Parks in Tirunelveli

Tirunelveli district is primarily irrigated by rivers originating in the Western ghats mountain range. Several dams and anaicuts are constructed on Tamiraparani and Manimuthar rivers for power generation and agricultural purpose. The dams in the district are renovated by the local administration from time to time. The dams make an ideal picnic spot that they attract thousands of visitors for its parks and many other recreational facilities. 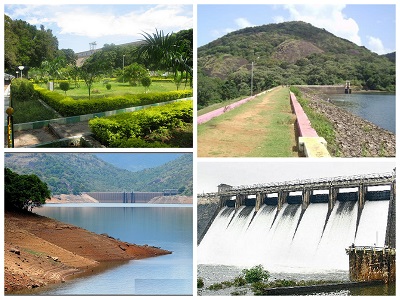 Tirunelveli is not just notable for religious sites, waterfalls, dams and parks as the district is also the home of two renowned sanctuaries of Tamil Nadu, that is to say, Kalakkad Mundanthurai Tiger Reserve and Koothankulam Bird Sanctuary. 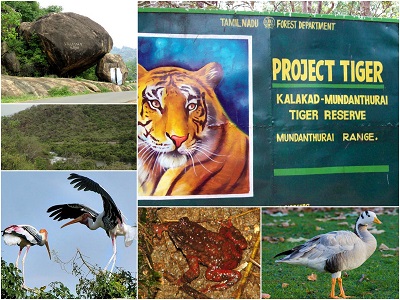 The Kalakkad Mundanthurai Tiger Reserve is regarded as the second most prominent protected area in the state (first being the Sathyamangalam Wildlife Sanctuary in Erode district). The Tiger Reserve is a typical habitat/species management area that conserves over seventy-three tigers, one-fifty indigenous floras, thirty-three fish types, thirty-seven amphibians, eighty-one reptiles, two seventy three birds, seventy-seven mammals and so on.

The Koothankulam Bird Sanctuary is basically a protected area that was announced as a sanctuary during the year 1994. Located 38 km away from the city centre of Tirunelveli; the bird sanctuary is regarded as the most prominent reserve for breeding water birds in all of South India. It is reported that more than forty-three species of non-migratory and migratory water birds visit the Koothankulam Bird Sanctuary annually.


Some of the other important places of interest in Tirunelveli include:

How to get there:
Tirunelveli district is well linked by road. Frequent buses are operated to many towns and cities across the state, which include Tiruchirappalli, Chennai, Madurai, Kanyakumari, Coimbatore and so on. Tirunelveli railway station is a major junction for the southern railway and has regular  to Trains to Chennai and many other towns and cities. Tuticorin Airport (IATA: TCR) is the nearest domestic airport to Tirunelveli.

Comments / Discussion Board - Tourism in Tirunelveli