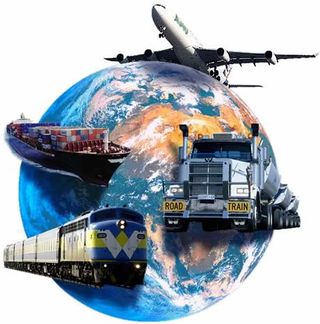 Tirunelveli, one of the most happening urban centres, is located in the utmost southern corner of Tamil Nadu. Fondly known as Devan Seemai, the historic city of Tirunelveli is one of the leading commercial and educational hubs of South India.

Tirunelveli is also an important tourist destination that welcomes visitors from all over the globe through the year for its never ending list of tourist attractions that include temples, churches, dams, parks, sanctuaries, waterfalls and so on. Being a prominent city, Tirunelveli is well connected by road transport, rail transport and air transport.

Let's get to know the various options for transportation in Tirunelveli. 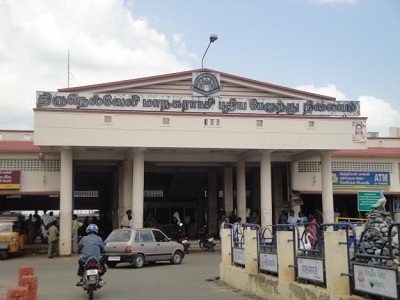 Presently, this particular route is being extended with a wide 4 carriageway enlargement and the National Highway 7A is nearing its finishing stage. Other important highways connect Tirunelveli to the Cashew Capital of the World Kollam, Thirucheer Alaiwai Tiruchendur, Rajapalayam-Virudhunagar, historical town of Srivilliputtur, kadayanallur, and second largest municipality of Tirunelveli - Sankarankovil, Ambasamudram and Nazareth in Thoothukudi District. Furthermore, Tirunelveli is easily by road from Nagercoil and Madurai.

The State Express Bus Corporation, widely called as SETC operates express and deluxe bus services to Bengaluru, Chennai, Erode, Thirupathi, Salem, Tirupur, and Coimbatore and so on. Apart from the government bus services, Tirunelveli is also the home of a lot of reputed private bus services like KPN travels, ABT travels, and SRS travels who operate regular buses to many important destinations across the country. 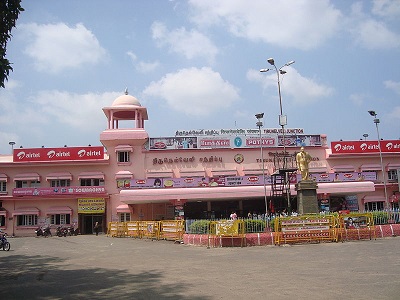 Railway Stations in Tirunelveli (along with station code):

Tirunelveli does not have an airport on its own. The nearest aiport to Tirunelveli is Tuticorin domestic airport (IATA: TCR) which is situated 10.5 mi away from the city center of Thoothukudi, Tamil Nadu. Spice Jet (Indian low-cost airline) is the primary airline operator serving Tuticorin and daily flights are operated to Bengaluru and Chennai.